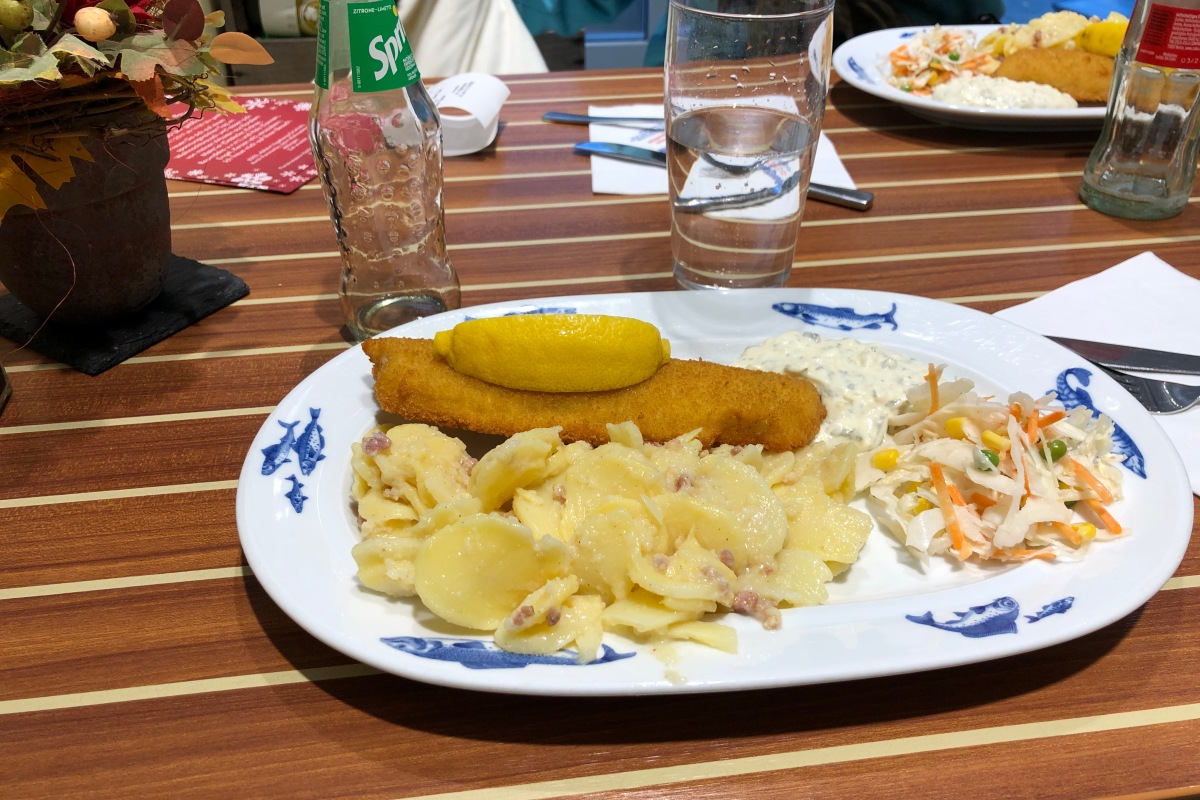 Yesterday afternoon, Tessa and I went to her host family’s house. They live near the Baltic Sea outside of Kiel. We strolled down a street where we ate fresh fried fish, potatoes and coleslaw. The shop has fresh fish caught in the sea, and it was delicious. There were so many different kinds of fish and it reminded me a lot of Boston and their fish markets. We then went shopping and found so many cute things in the stores. The stores are small, and located down narrow streets. It was raining and a little dreary, but we still had fun exploring. We were able to enjoy many different kinds of chocolate from a candy shop and we had little cakes in a small café that was over 100 years old! Tessa’s host mom said she would go there with her grandmother when she was a child. We also finally realized that we had forgotten to see the beach, so we headed that way. It was getting dark and it was raining, so it was hard to see how far out the sea went, but the waves crashing on the sand was still calming and relaxing. There was also a statue of a mermaid that reached over 7 feet tall. I will admit it was slightly scary in the dark!